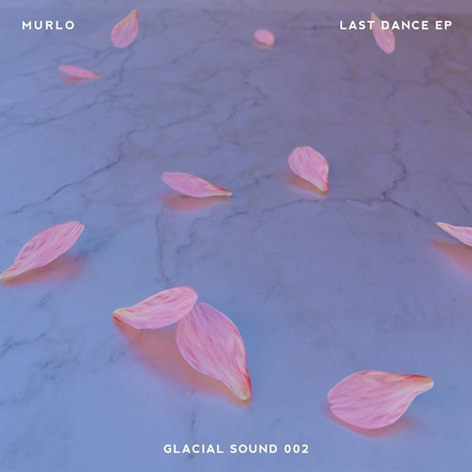 I have had an itch I’ve wanted to scratch for a long time. As a mastering engineer who entered the game just as native plug-in processing actually became good, I never got a chance to wrestle with the digital gear of the past, it’s all plug-ins and great converters feeding analogue units for me. So what were these units like? who built them? and with what in mind? This series will look at such units and hopefully provide some insight into how we got where we are, and what it means to use this gear in today’s studios.

Our first interview comes from Daniel Weiss, the legendary digital audio designer behind white boxes you will see a lot in mastering studios, even with the advent of incredible plug-ins, you will still see these boxes (The Gambit Series) stacked up against the Maselecs and the Sontecs and the Manleys.

Hi Daniel, thanks so much for communicating with me for this project! I don’t know what it is that draws me into “vintage digital” units, I guess it’s that the bygone eras of vinyl and analogue equalizers are still so relevant (if not more than ever), and the original CD mastering era seems to have only a few survivors. My first question is a big one, and hopefully leads on to the following questions: what led you to designing and maintaining such a system? what was your brief, and what inspired you to embark on the project?

I kind of stumbled into that. When I worked at Studer in the early 80ies, in the PCM lab, one day a gentleman from Germany came by and asked for an interface between the Sony F1 (a betamax video tape based 2 channel PCM recorder) and a Sony 1610 (a Umatic video tape based 2 channel PCM recorder). That was way before any standards like AES/EBU etc. Studer does not do such custom work, so I did that interface in my spare time. That gentleman was Ben Bernfeld who owned a Mastering Studio, called Harmonia Mundi Acustica. That was the time when the CD was launched and thus there suddenly was a market niche for digital mastering equipment. So Ben knew what he and other CD mastering engineers needed in terms of interfaces and signal processing. The concept for the BW102 (Bernfeld – Weiss) was born, i.e. a modular system with a 19 inch frame, a 24 bit bus and modules for interfacing and signal processing. Over the years we did dozens of different modules. The largest BW102 system was the IBIS digital mixing console with like 32 channels (or less of course as it was a modular system).
(source: http://www.weiss.ch/old/102/102.html)

In the mastering and pro audio sector you are mostly known for your Gambit series hardware (EQ1, DS1 and their varying versions), it seems like almost every mastering studio has, or has had, some shiney white boxes with black knobs lined up on their console. How much of the influence and the specific processing from the BW102 passed through to the Gambit? were lessons learned in the development of the BW102 implemented in the subsequent designs?

Yes, sure. E.g. the Gambit EQ1 uses the same low noise filter architecture as we use in the BW102 equalizer. The DS1 has the same basic block diagram as the dynamics processor in the BW102.
The Gambit A/D and D/A are new designs though as the converter technology changed quickly over the years. The same goes for the sampling frequency converter and the denoiser / declicker.
(source: http://www.weiss.ch/products/eq1)

Ergonomics and the highest signal processing available at the time seem to be fundamentals of your design ethos, was the Penguin software and extension of this?

Yes, the Penguin software was mainly made in order to be able to automate the BW102 console with time code. In addition it allows to control several modules of the same type (instances…) thus it is a much cheaper solution than the hardware based remote control usually required for the BW102 console. The Penguin was built before the advent of Windows and is still used in mastering studios.

I search the web for studios and stare their gear lists often, it seems this system does still appear, often it’s old school guys who mastered their trade and never felt the need to switch the gear out, but sometimes it’s
being implemented in a modern mastering system. How easy do think the system is to use alongside say, a DAW pc or mac, some analogue EQs and Compressors and standalone high quality AD/DA?

Well, it is as simple to integrate as any other outboard equipment. The automation is difficult though. The Penguin mentioned above requires specific video cards and a computer with ISA slots to run, so that can be difficult nowadays. The hardware based remote is the alternative, but that can not be automated. Yes, there are still old and new (with young mastering engineers) studios using the BW102. We did a 96kHz capable version of many of the modules, so technically the system is still current.
(source: http://www.weiss.ch/old/102/102.html)

Leading on from the previous question, do you still sell/maintain the units? do you have people coming to you to do the above with success?

Yes, we still sell and maintain them. Sometimes we get back BW102 systems from customers who do not need them anymore. Those systems / modules we can refurbish and sell them again.

Final question: do you see an influence of this style and era of digital standalone systems on the horizon on modern mastering studios, will people stuck in the DAW for their corrective processes get sick of clicking a mouse?

Of course with today’s computers, i.e. with their processing power, all of that can be done in the box. The success of our Gambit Series units, which we still sell despite the DAWs, is based on the ergonomics and our algorithms. Many users like the knob based user interface which is very analog like. And they like the sonic quality. Successors to the Gambit Series would have to have a comparable user interface (maybe as an option), similar sonics and should integrate into the DAW including automation.
Best Regards,
Daniel